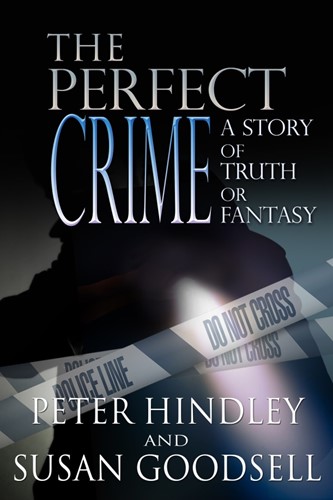 Title: The Perfect Crime: A Story Of Truth Or Fantasy

Formats Available In: All eBook formats

Blurb: Events have accurately been recorded since the time of Alan’s death; they combine to reveal an intriguing story. Did he die naturally or was he helped in some way? Has a crime or two taken place? Some may think so. Maybe there is a conspiracy; if so how far it may extend is unclear. Nothing is quite as it should be.

This unique book evolves from a simple account to a vast scandalous exposé, a true and topical account showing a fascinating view of human nature, society, and the establishment in the United Kingdom. Many questions are posed for the reader and evidence is laid bare as you take a journey of discovery.

The story and writing style changes drastically as the twists and turns in the narrative expose themselves; ultimately it reaches a logical end, but that is not the end of the story. A sequel is already underway.

We have accurately recorded the events near the time of Alan Hindley’s death, who was a brother to Peter and father of Susan, the two authors of this account, and what followed; they combine to reveal an intriguing story. Did he die naturally or was he helped in some way? Has a crime or two taken place? Some may think so. Maybe there is a conspiracy; my lawyer certainly thought so; how far that conspiracy extends is unclear. We are certain that nothing is quite as it should be. Nevertheless this account shows a fascinating view of human nature, English society and the workings of the establishment in the United Kingdom. The story is so bizarre that it could well be fiction, and that is why I have added “A story of truth or fantasy” to the title. What is frightening is that it is all absolutely true.

The normal formalities that follow a death were not adhered to after Alan’s demise: Why the mandatory procedures were bypassed may not be evident, but during the course of our nine year account they certainly do become evident.

Why did his wife act as she did and who aided her? These and so many other questions will become apparent.

In this case what is certain now is that the will and wishes of the deceased, Alan Edward Hindley of Paignton, Devon, has not been adhered to and the UK law and establishment did nothing to aid its rectification: The laws relating to Wills are fatally flawed and the government is fully aware of that. As named executors we have been denied the right to execute his wishes. You may think this is not possible, but it is, and it has proved to be absolutely legal.

His wife, Wendy, acted as sole executor of her husband’s Last Will and Testament without the other two named executors and we reveal how simple it is to do just that. Why she felt this was necessary will ultimately be disclosed. You will learn how the solemn duty of executing a will can be mal administered in a totally legal way and without fear of retribution.

We have experienced many twists and turns along our path of discovery and these have been reflected in both the different styles and structure of the book. Our journey has taken us to numerous office doors and has led us into the heart of the halls of government, where events have made it very apparent that what we were witnessing was true injustice and unchecked corruption within the United Kingdom. It is for this reason that we felt it necessary to pen our story, to be able to share our account with you and all our other readers, who have been reading an abridged account on the Internet since May 2008; it is very much in the public’s interest to be aware of what can go wrong and does go very wrong daily.

We have been told that Alan died in his home during the evening of 14th March 2002 in more than one place, and all on the same night, the last time anything vaguely like this happened was two thousand years ago (please forgive the last statement, it is not meant to offend); but first a little background information about the family.

Peter Hindley is a coach to dance competitors and is a jury member for international dance competitions. He left England in 2007 for a new life in France and has been recording events since his brother’s unconventional death in 2002. 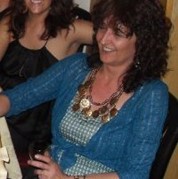 Susan Goodsell, co-author and Peter’s niece, lives in England with her partner and their two now grown-up sons. She spent many years in London before returning to Kent in 1997. The year her father died she began teaching English in a secondary school; now after finishing work, she returns home to begin another shift, as a detective and writer.

2 Responses to "Announcing: The Perfect Crime"