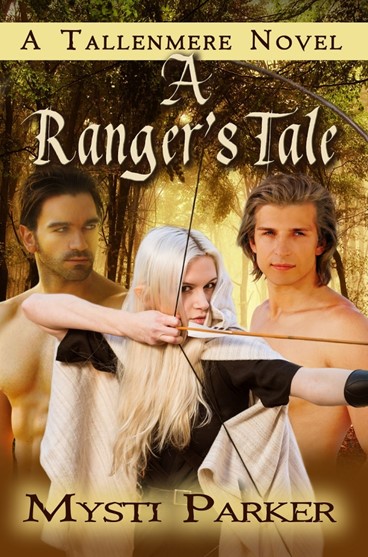 Formats Available In: All eBook formats and Print

Blurb: In the fantasy world of Tallenmere, an elven noblewoman longed to leave her gilded cage. A half-breed former pirate wanted nothing more than to escape his guilty past. Easier said than done…

High elf Caliphany Aranea leads an enviable life as King Leopold’s niece and daughter of Sirius, Leogard’s most famous wizard. Yet, being forced to follow in her father’s footsteps and being betrothed to a man she doesn’t even like makes her want a taste of life outside the city walls.

As a young boy, half-elf Galadin Trudeaux witnessed his parents’ death at the hands of pirates. After being raised by those same murderers and forced to do their bidding, he escaped and now lives an honest life as a sea merchant and ranger.

When two brutes at Leogard Harbor attempt to kidnap Caliphany while she dreams of faraway lands, Galadin comes to her rescue. Impressed by his skills, she asks him to train her as a ranger. Though he is hesitant at first to train a woman of her class, Caliphany’s hefty sack of gold finally persuades him. Unfortunately, her father is not amused, and the two must escape before Caliphany faces a forced marriage and Galadin faces a noose.

From that moment on she and Galadin embark on an adventure of a lifetime. Only if they can survive the trials ahead, will they find a love that stands the test of time.

Caliphany lowered her hood and smoothed out her robes. She smiled. I admit I’d held a vague hope we would cross each other’s paths again, but I’d also told myself a woman of her class and a man of mine had no business being seen with one another.

Even though I didn’t know who she was exactly, the clothes she wore told me she didn’t mingle regularly with us working classes.

She tucked some hair behind her ear and blushed. “Captain Trudeaux.”

“Please don’t bow.” She avoided my gaze and clenched her robe. “You weren’t at the docks this morning. I thought you had gone.”

Razor had started tearing into the rabbit, so I held up my finger. “One moment, please.” I knelt to retrieve him and the carcass before it was gone.

Razor eyed Caliphany when I returned to her side. “I sent my men on to Faewood. They’ll be back by the week’s end. We had some Tilliyan coffee beans to deliver.”

Her shoulders slumped. “I’ve read a lot about Tilliya Island.” Her eyes focused somewhere in the distance, and then rested on me again. “So, you’re a falconer?”

“I’m a ranger. Razor accompanies me from time to time. We sell what we hunt and gather. Sometimes I help thin out wildlife. It’s just my job.”

The words rolled off her tongue. “A ranger.”

I nodded, a bit annoyed she found my profession so curious. I killed things for a living. It was a hard, dirty job, one I was sure she could never understand. I cleared my throat. “I’m glad to see you’re in one piece, though still unescorted. Would you like me to walk you back to Leogard?”

She held up a satchel. “I’m gathering plant specimens.”

I turned, and Caliphany approached me, opened her mouth, shut it again, and finally spoke. “I wanted to thank you for rescuing me.”

If she was any other woman, from the lower end of society, I might have thought she was flirting. “You already did, I believe, and it’s not necessary. Good day.” I tried to walk away again.

Razor screeched and puffed his feathers when I turned back around. “Easy, now. Look, Caliphany, it’s really not necessary—”

I stepped closer. She blushed. I wrinkled my brow and asked, “Pardon?”

The words tumbled from her mouth. “You know how to handle yourself, handle weapons. I want to learn that as well. Will you train me?”

I puffed out my cheeks and exhaled.

Should have known she wasn’t interested in me, just in what I could do for her. “I’m not sure what you think I am, my lady, but I’m no trainer. I’ve got work to do. Forgive me, but I can’t waste precious hours teaching you to handle a bow.”

She reached into her cloak and pulled out a sack. From the jingle inside, I estimated a month’s wages in gold. She got my attention.

That definitely got my attention. “My men will have to take up the slack. I’ve got orders to fill. But, why would you want to do…” I pulled out a bloody, limp rabbit carcass. “…this?”

“My reasons are personal. So, are you willing to train me or not?”

I scratched my chin. “When can you start?”

A smile flashed across her lips. “My father leaves for Mirrochet citadel in two days. He’ll be gone for a month. I can train with you every day for a few hours during that time. After that…” She frowned and turned her head, then met my eyes again. “After that, I don’t know. I can meet you at the ranger outpost just east of here. My family should not know about this.”

Desperation settled in her eyes, and I had a strong urge to take her in my arms and kiss her until we both had to come up for air. But she stood waiting for my reply.

“L-Look, I don’t know if I should be skirting trouble. Being caught out here in the woods with you wouldn’t look good for either of us.”

She stepped a little closer, reached out as though she would touch me, but withdrew her hand. “Believe me; they would know it was my idea. And with my father gone, they don’t pay as much attention to my whereabouts. So, is it a deal?”

She held out her sack of coin with one hand, and the other for me to shake. I took the gold and shook her hand. Her skin was warm and soft. Damn shame it would be to mar those pretty fingers. 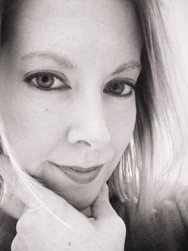 Mysti Parker (pseudonym) is a full time wife, mother of three, and a writer. Her first novel, A Ranger’s Tale was published in January, 2011 by Melange Books, and the second in the fantasy romance series, Serenya’s Song, was published in April 2012. The highly anticipated third book, Hearts in Exile, has already received some great reviews. The Tallenmere series has been likened to Terry Goodkind’s ‘Sword of Truth’ series, but is probably closer to a spicy cross between Tolkien and Mercedes Lackey.

Mysti’s other writings have appeared in the anthologies Hearts of Tomorrow, Christmas Lites, and Christmas Lites II. Her flash fiction has appeared on the online magazine EveryDayFiction. She has also served as a class mentor in Writers Village University’s six week free course, F2K.

Mysti reviews books for SQ Magazine, an online specfic publication, and is the proud owner of Unwritten, a blog voted #3 for eCollegeFinder’s Top Writing Blogs award. She resides in Buckner, KY with her husband and three children.

One Response to "Book Announcement: A Rangers Tale by Mysti Parker"